Hundertwasser, however, did not grant permission for the use of his signature and contested the further distribution of the card. The cards were recalled and most were destroyed. 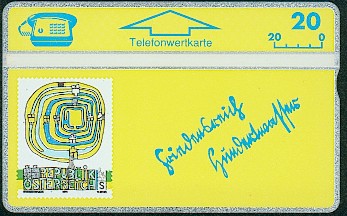 In January through April, 1993, Austria released 4 different telephone cards (one each month) with a different image on each side of each card. If you put them together correctly, you get the two pictures below of the “long man”. 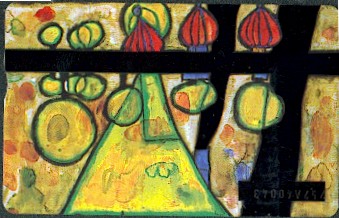 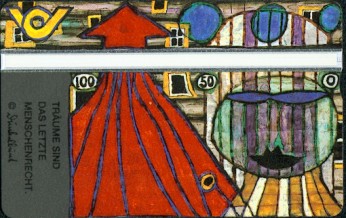 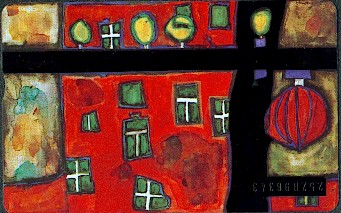 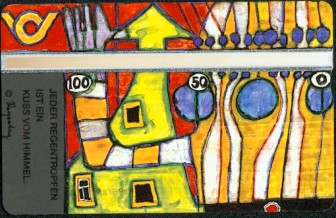 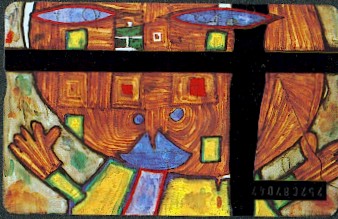 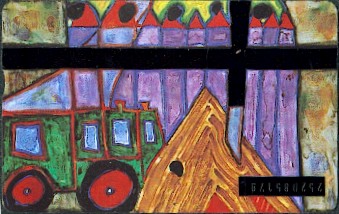 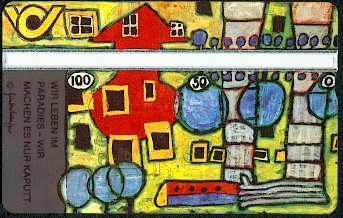 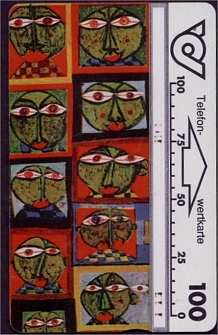 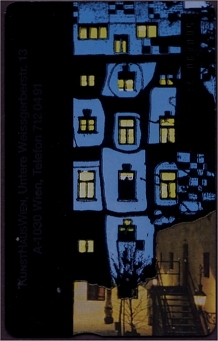