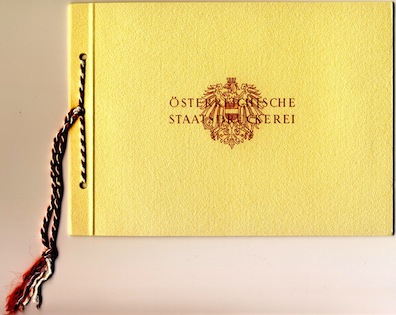 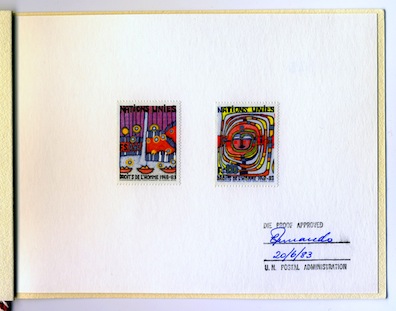 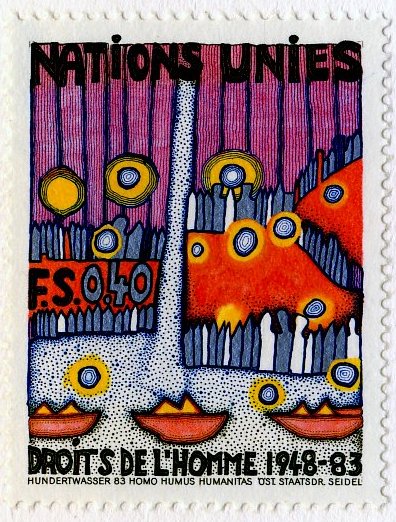 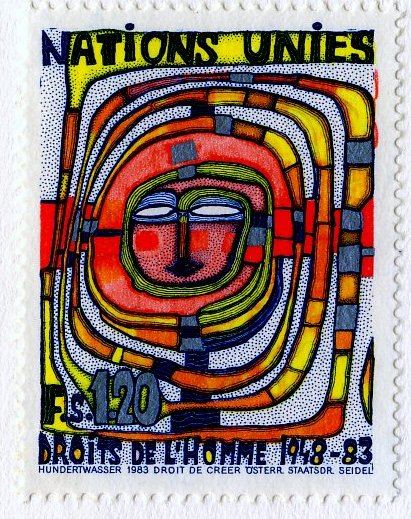 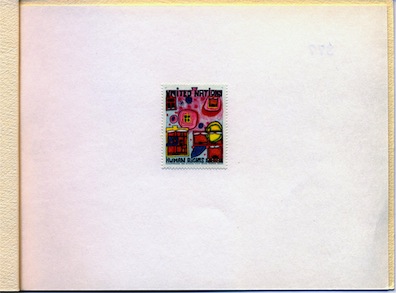 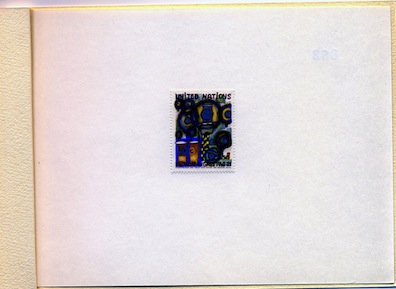 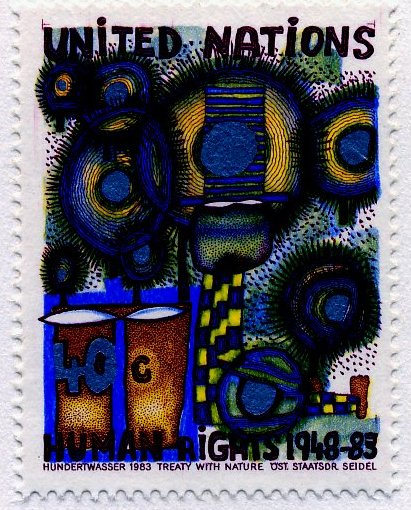 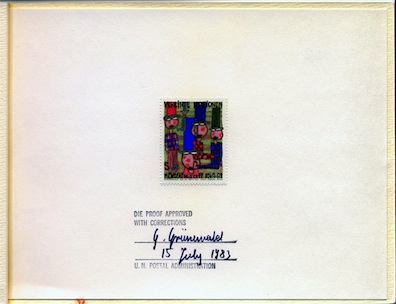 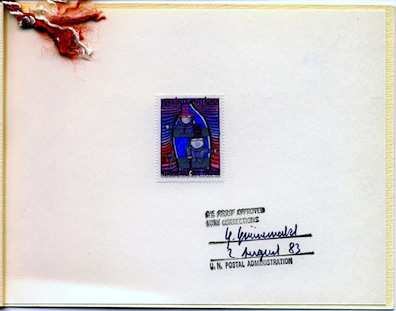 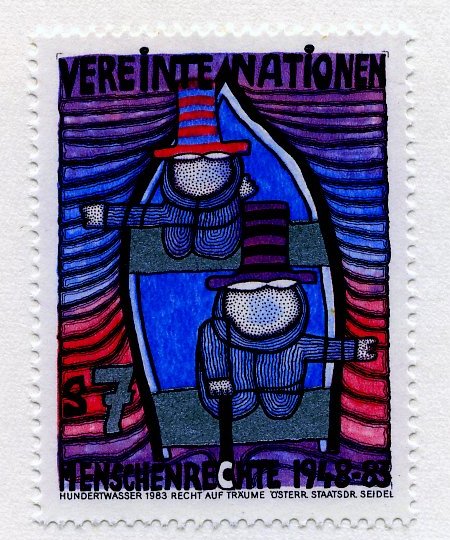 This is the only known set of die proof approvals known to exist. The stamps are mounted in folders, bound in red and white silk thread (the colors of Austria, where these stamps were made) and were submitted for formal approval. Three of the folders are signed, denoting their approval. For some reason, the two New York stamps were not signed in the folder.

In real life as in the scans, the colors and lines of these stamps are much more pronounced than the normal run issue. Looking like them is like looking at the original, while the normal run stamps look like mere photographs of them. Clearly, this is how they were meant to be. The only exception to that are the alignment markers in the corners of the stamps. These were most likely necessary due to the lack of straight lines in the stamps themselves, to make sure the engraving was actually sitting straight in the plate.

On a personal note, of the 7 or 8 volumes of Hundertwasser philatelia I’ve collected over the years, these are my most treasured. They are both unique and beautiful.