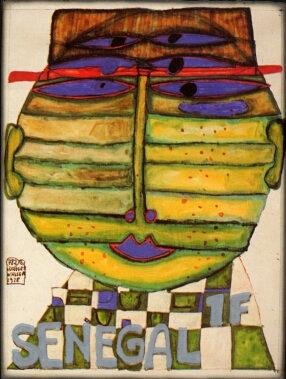 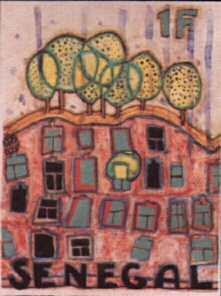 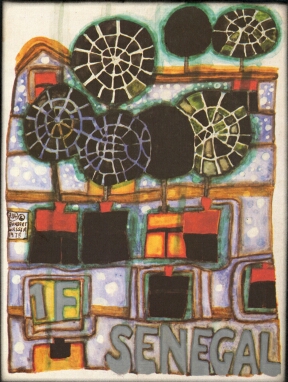 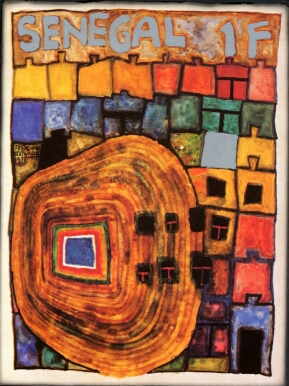 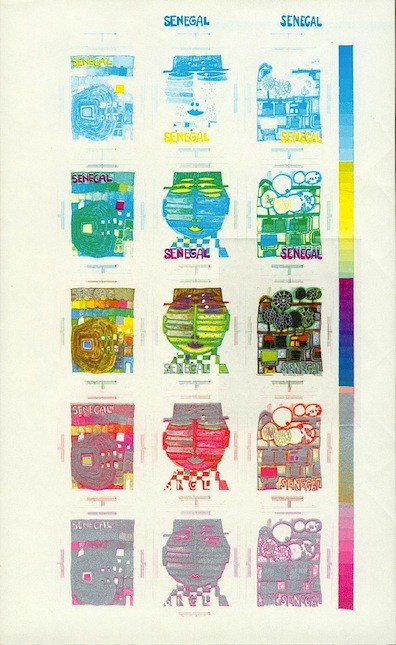 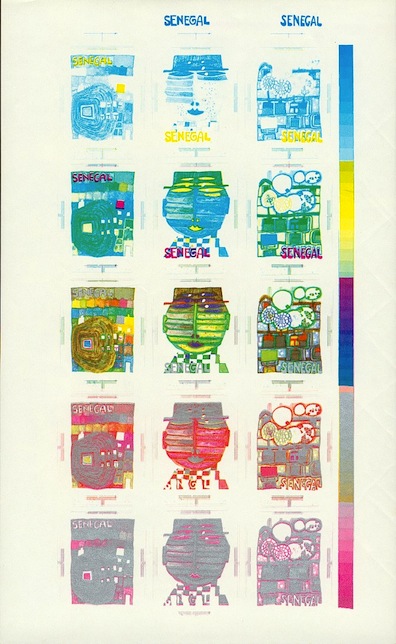 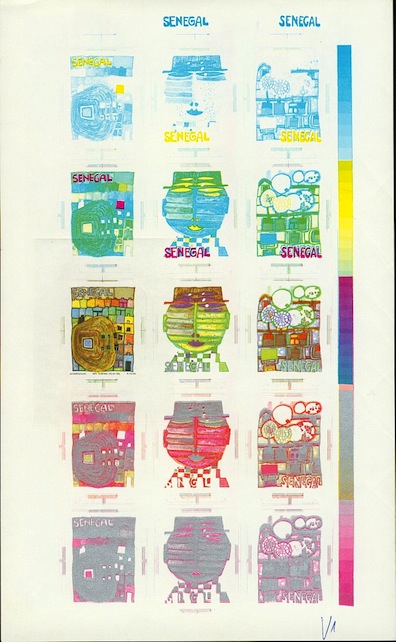 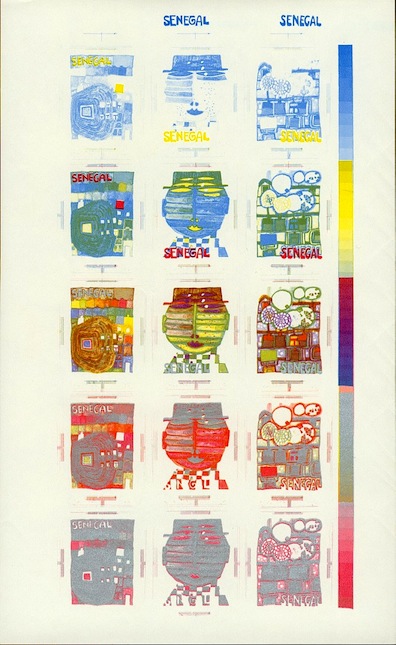 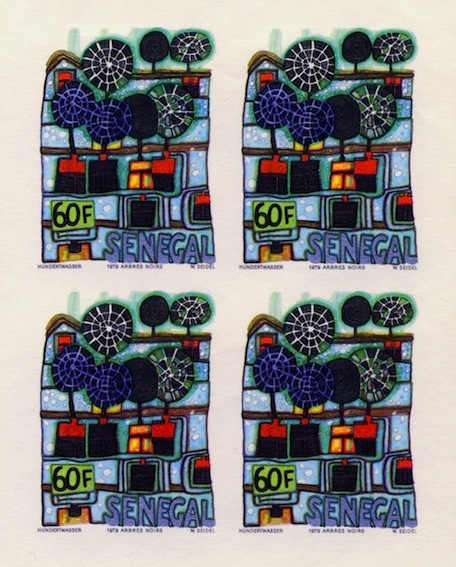 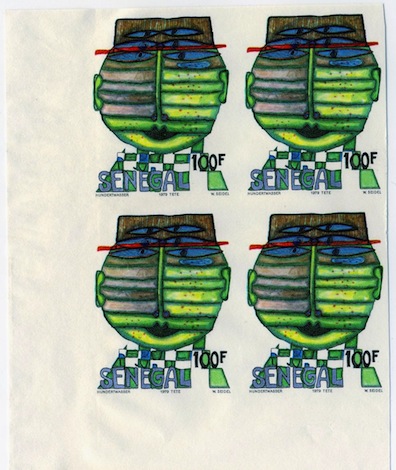 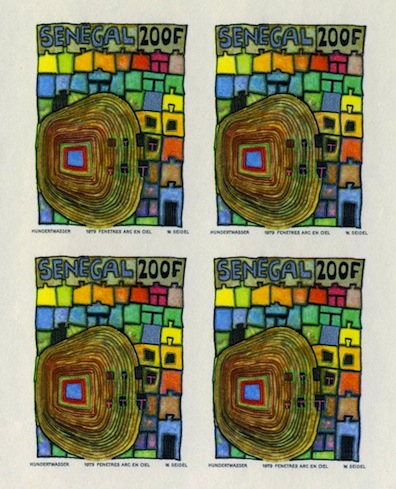 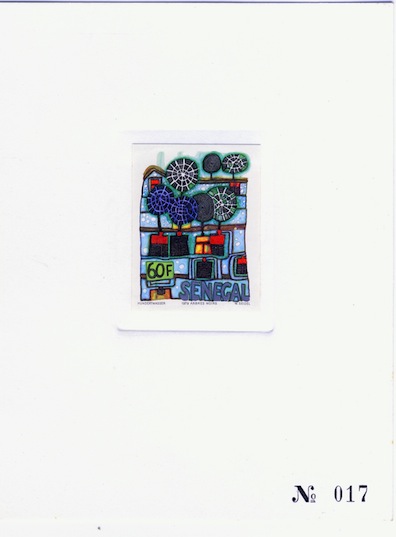 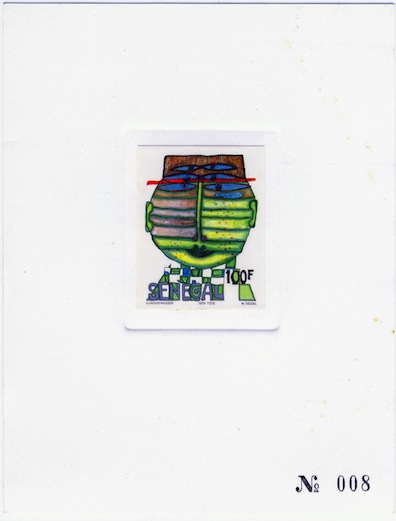 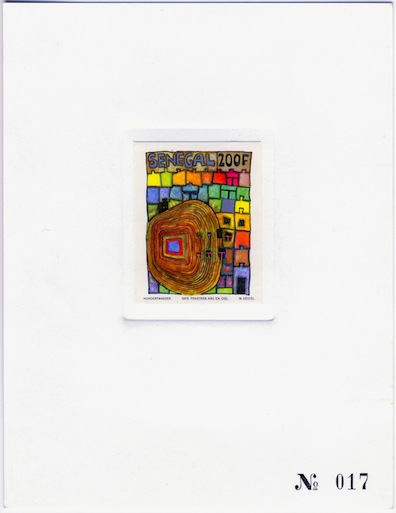 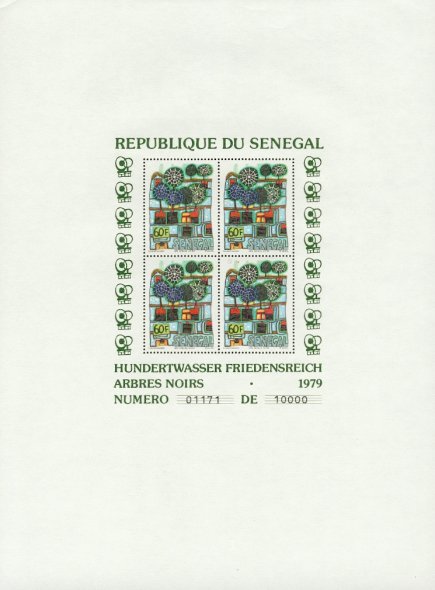 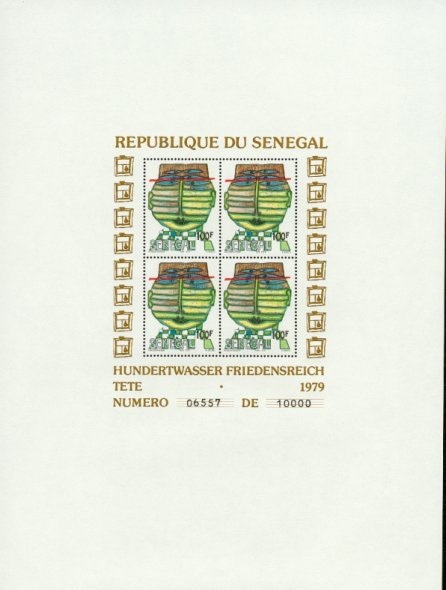 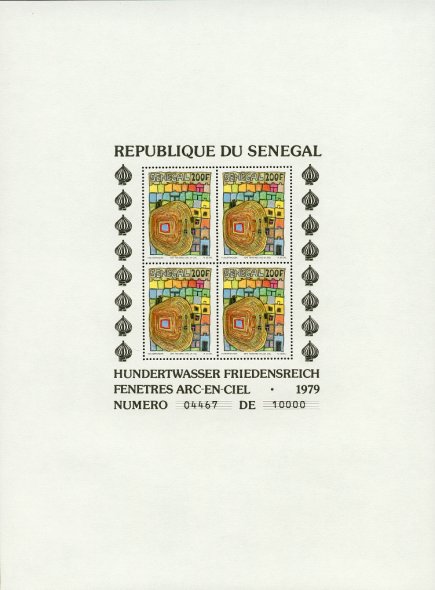 The Senegal stamps are as well documented as Austria’s Spiral Tree, with the added bonus of the printing process being captured in printer’s proofs in collectors hands. There are 5 different ones that I know of (although I only own the 4 shown here). It’s very interesting to see how each color field comes together for the final version.

Once the proofs were deemed acceptable, the stamps were printed up. Some were left in their original, imperforate condition.

Others were mounted on cards numbered 1 through 500 and distributed to VIPs. When the sheets were printed, some were left unnumbered and imperforated.